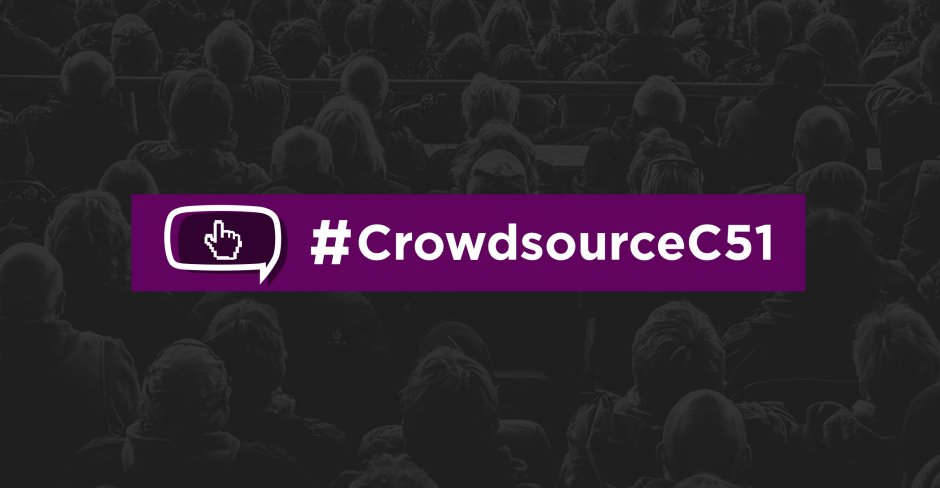 Bill C-51 is finally up for reform, after months of public consultations. But how do we know our feedback is being taken seriously? Presenting CrowdsourceC51.ca

UPDATE: You did it again! You helped us get through another whole set of comments submitted to the government's National Security Consultation. Please bear with us until we load new data – we'll keep you posted through our Facebook and Twitter channels!

The federal Liberals have just announced that they’re planning on reforming controversial Bill C-51 this spring.

It’s the first piece of legislation in response to one of the Liberals’ biggest campaign promises: to listen to Canadians and amend the outrageous and unpopular spying bill.

And how did they listen to us? With the National Security Consultation — which was flooded with 59,000 responses from concerned citizens.

With that kind of response, surely now we’ll know that our concerns will be reflected in the legislation?

The entire process of this consultation has been marred with concerns over bias. From the one-sided language in the online consultation, to the “utterly demoralizing” public consultations, it seemed to many that those in charge were hoping to preserve the status quo, while only paying lip service to the idea of consulting Canadians.

And as the consultation drew to an end, a troubling new issue emerged: transparency over what feedback Canadians had actually submitted. The government had no plans to make the results public, instead merely promising a ‘summary’ of results. Simply put, we would have no proof of what the feedback had been, much less that it had been taken into account.

The OpenMedia community jumped into action - businesses and civil society organizations signed onto an open letter asking for the results to be made public, while hundreds of citizens used our click-to-call tool to contact their local MPs to demand transparency. And it worked! Within a matter of days, we had a commitment to release the full results of the consultation.

Of course, this presents its own challenge: 59,000 responses is simply an immense amount of data to review. How could we turn this into something that ordinary Canadians could easily review, as well as something we can use as solid evidence of what Canadians really asked for?

Enter our new project: #CrowdsourceC51.After hundreds of people in the OpenMedia community chipped in to fund the project, we’ve been able to build a new tool that will get thousands of us working together to get to the bottom of what the data really says.

It’s simple to use: All each person has to do is read a handful of real-life submissions and answer a few simple questions about them. Once the submissions are evaluated by people like you, we can report back on what we found.

The result of this crowdsourcing campaign will be a powerful piece of evidence, and we’ll be using it to make sure the government feels immense pressure when it comes to forming new legislation. They’ll know that we’re ready to get the truth out there and hold them truly accountable.

In many ways, the outcome of this consultation is a real test of this government’s use of public consultations, and crucially, their commitment to following through on the feedback they receive.

That’s why it’s so important that we hold them accountable, and take back control of our privacy and security. Join the #CrowdsourceC51 campaign here: https://CrowdsourceC51.ca