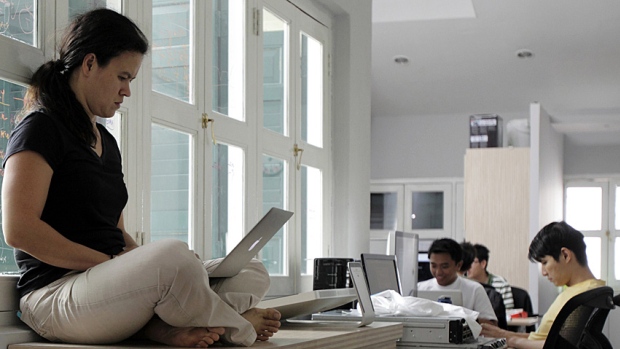 Tired of Big Telecom f*ckery, or a lack of affordable high-speed options, communities across Canada are taking Internet access into the own hands by building their own world-class networks outside our telecom giants. We can't say too much now, but we'll be launching a major campaign to increase the number of these networks that exist. Stay tuned for updates after the election 😉 Article by Zach Dubinsky for CBC

Or take tiny Sandy, Ore. — population: 10,000 — a community outside Portland. For $60 US a month, you can stream movies in 4K ultra HD, browse the internet on multiple computers, and run a gaggle of apps across several smartphones, all at the same time, all without your connection breaking a sweat.

These small communities, and many more, have fast internet because they have high-throughput fibre-optic cables deployed directly into homes and businesses, enabling the quickest-yet speeds of up to 1,000 megabits, or one gigabit, per second. That's enough to stream numerous ultra HD Netflix movies at once, and many times the bandwidth of a typical home connection in urban Canada.

But it's not Rogers, Bell, Telus, Shaw, AT&T or any of the big telecom companies that are providing the services.