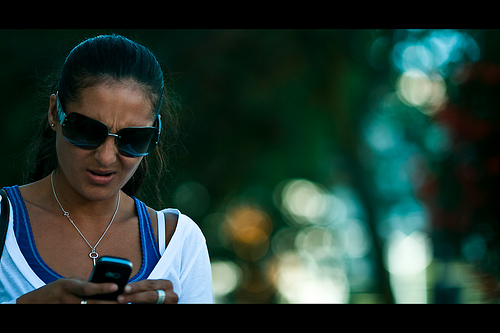 This article was originally published at Rabble.ca If you're a Canadian and you own a cell phone, you probably don't need an official report to tell you that you're paying way over the odds. A glance at your monthly phone bill should be more than enough to remind you that Canadians really do pay some of the highest prices in the industrialized world for this basic necessity of modern day life.

Further confirmation of this recently arrived in the form of the 2015 Wall Report, an official price comparison analysis jointly commissioned by the Canadian Radio-television and Telecommunications Commission (CRTC) and Industry Canada.

The report was bad news all round for long-suffering Canadian telecom users. Key findings include:

The message here is clear: Canada is going backwards, not forwards, when it comes to getting a grip on spiralling telecom prices. These sky-high prices are not only an unacceptable burden on Canadian families, but top business leaders have warned that they are holding back our entire economy.

The Wall Report also does not make for positive reading for a government which, from Stephen Harper on down, has staked its reputation on reducing cell phone prices. Although Industry Minister James Moore has taken some positive steps forward, they have clearly been nowhere near enough to ensure Canadians finally get the lower prices and greater choice they deserve.

Notably, in previous years the government went out of its way to herald the Wall Report -- issuing press releases and cherry-picking statistics in an attempt to paint the numbers in the best possible light.

This year the report was so unequivocally bad that it looks like the government did its best to bury the news. Not a single release was issued, and the government's communications strategy consisted entirely of a single tweet from the CRTC.

Of course, our OpenMedia team swung into action when the report was released -- issuing a hard-hitting media release and reaching out to key journalists to alert them to the news. Incredibly we heard from a number of top telecom journalists that the first they'd heard of the report was from our release -- meaning the government failed to take even the most basic steps to publicize a report that, after all, costs a substantial amount of taxpayer dollars to produce.

Thankfully, the government was unable to completely bury the story -- the report received solid coverage on CBC News and other outlets, meaning Canadians are now aware of just how badly the government's policies have failed.

It's clear that the government's piecemeal approach to wireless reform is simply not working. We need a much more ambitious approach to dismantle Big Telecom's monopoly and create a level playing field for desperately needed independent providers.

Growing numbers of Canadians have had enough of paying ridiculous rates for a basic everyday service and are speaking out at OpenMedia.ca/Gatekeepers -- Now is a great time to speak out and call for change.