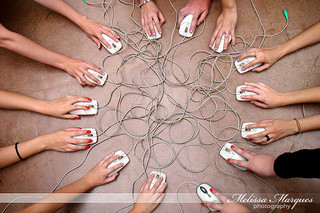 After a long battle, the global pro-Internet community saw a victory today as U.S. online spying bill CISPA was defeated on the Senate floor. Like Canada's online spying bill C-30, CISPA would give the U.S. government access to residents' personal data with few restrictions or privacy safeguards. Though in April, the U.S. House of Representatives rushed through a vote on CISPA and passed it, the massive outcry around the bill allowed the Senate version to be stopped. We at OpenMedia.ca are incredibly proud to have helped the Canadian pro-Internet community been a part of this—from participating in Stop Cyber Spying Week to making it clear that CISPA would have implications in Canada.

Congratulations to the U.S. groups who led the charge on this campaign including ACLU, EFF, Center for Democracy and Technology, DemandProgress, Fight for the Future, Free Press and others listed here.

We still have a long way to go before we've truly secured an open and surveillance-free Internet around the world, but the progress so far is truly remarkable. Today also saw the 100,000-mark for names on the petition against the TPP, a secretive and invasive international trade agreement that could become an Internet trap.