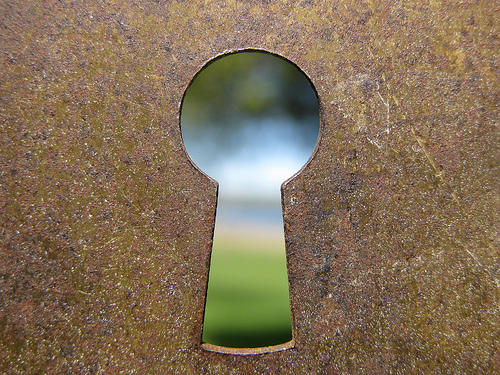 Guest Blog: The beginnings of the Internet Lockdown

I'm just a technical guy. I make my living as a systems administrator, software author and Internet consultant. After watching failures of the legislative process in the USA that lead to them passing laws that attacked the rights of technology owners and the interests of software authors, I decided I must get involved in Canada's political process. I participated in the consultation in the summer of 2001, and have been very active since. This includes sitting in on nearly all of the Bill C-32 and Bill C-11 committee meetings in-person, and being a witness in front of a Bill C-32 committee on March 8, 2011. I have been live tweeting and writing articles for each of these meetings. Now that committee work ended on March 13, the next steps will be a third reading in the House of Commons and then on to the Senate for whatever study they decide to do.

This bill is an omnibus bill, and it is hard to discuss in its entirety.

One way to break things down is to first talk about problematic issues already part of the bill, separate from those some people have proposed be added to the bill. On March 12 and 13 we saw what amendments the government allowed at committee stage, and while they didn't fix the most problematic issues already in the bill, they also didn't accept the worst of the proposals from those trying to make the bill more invasive.

Next we can separate out elements already part of the bill that are necessary if Canada is to ratify two WIPO treaties from 1996. In 1995 when the USA went through its National Information Infrastructure process, it came up with a misguided policy idea: if citizens can use modern technology to infringe copyright, then citizens should not be allowed to own and control this technology. When this policy didn't fly within the United States, these anti-technology lobbyists went to WIPO and obtained a watered-down version of this policy included in two treaties in 1996.

It is odd to claim that changing existing Canadian copyright law—most recent major changes made in 1997, minor amendments in 2001-2005—to incorporate bad ideas from 1995 is "modernization." Unfortunately I don't think we will be able to successfully argue against ratifying these treaties. That said, these treaties offer considerable flexibility, and there are ways to ratify that cause minimum harm and others that cause maximum harm.

We should also separate out parts of the bill and WIPO treaties directly related to copyright, and those not about copyright but rather a dislike for technology ownership. In the WIPO treaties the term "technological measures" is used, but in C-11 they used the term "technological protection measures" (TPMs). It was as if the Conservatives believed the word "protection" would confuse us into thinking these measures would protect rather than harm our rights, just as the Internet spy bill was titled "Protecting Children from Internet Predators Act" to distract Canadians from the harmful contents of that bill.

It is important to realize that a technological measure applied to content alone can not make decisions, including about whether something can be copied, any more than a paperback book is capable of reading itself out loud. If there are any rules they are written in software, and that software runs on a computer—our computer, not theirs. It should be illegal to apply a technological measure to someone else’s property. Allowing someone other than the owner to apply such measures enables infringements of rights, including privacy rights.

There are ways to implement the 1996 WIPO treaties that minimize infringements of technology property rights, and ways that maximize them. The current bill maximizes these infringements, and this harm must be corrected. It is sad that a government formed by a party claiming protection of property rights as part of its founding principles, and whose supporters were uncomfortable with the mere registration of long-guns, would demonstrate such a disregard for the legitimate property rights of technology owners.

If we look at the copyright part of the existing C-11, while it is not ideal, it is a bill we could live with. It is the proposed amendments to this part that are the largest problem.

With the technological measures provisions, the policy is blaming technology ownership for copyright infringement. With ISP liability and intermediary liability the theory is to lay blame on suppliers of multi-purpose products and services that might be abused by their users to infringe copyright. The extremists want these companies to be held legally liable for any infringements unless they take drastic steps, often without any court oversight, to block the allegedly harmful activity. In the United States under SOPA, communications companies would have to break the domain name system and other aspects of the Internet in order to block these alleged infringing services.

While those wanting to modify Bill C-11's "enabler" provisions claim they aren't asking for a Canadian SOPA, this is just double-talk. Their target is providers of multi-purpose technology and services not designed for copyright infringement, but which might be abused by users to infringe copyright. They were able to obtain an amendment to C-11 at committee stage to change the phrase "designed primarily to enable acts of copyright infringement" to "primarily for the purpose of enabling acts of copyright infringement", which will make it easier to target multi-purpose technologies. Their desire is to have technology and services filter behaviour, but it is impossible to filter or otherwise control behaviour without invasive and rights-infringing surveillance.

We need to realize that the harm from the existing technological measures provisions in Bill C-11, as well as some of the worst proposed amendments, have similar if not worse risks for the privacy rights of Canadians than the Internet spy bill C-30.

While there are other parts of Bill C-11 we might not like, we need to stay focused on the worst proposals, which are those that circumvent our privacy, property and other rights. The technological measures provisions must be amended to minimize the infringements of technology property rights, and the ISP and secondary liability provisions must not be amended to increase infringements of our privacy, communications and other rights. This is not a matter of protecting copyright holders from bad actors, but rather the abuse of copyright law to enable infringements of a wide variety of rights of Canadians that are otherwise protected.