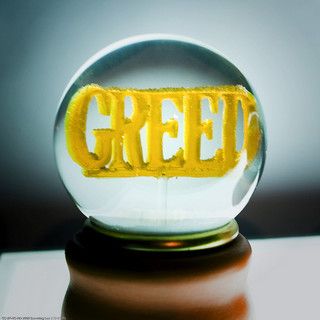 Rodrigo Contreras, formerly Chile's chief negotiator for the TPP Agreement, is calling for greater vigilance around current proposals that could limit access to information available on the Internet

Rodrigo Contreras, formerly Chile's chief negotiator for the TPP Agreement, is calling for greater vigilance about current proposals that could limit access to information available on the Internet, raise prices for users of copyrighted works, and limit our freedom of expression.

Contreras notes the importance of the TPP to trade and economic opportunity. We believe that a Fair Deal is one that opens up new trade opportunities, but without forcing us to make changes to copyright laws that would take a major toll on our society. Demand a Fair Deal at: http://ourfairdeal.org/
From Caretas:

The informal translation of the full article from Spanish to English is provided below. This translation was not produced by OpenMedia.

Lima will host the next round of TPP negotiations from May 15-24. What is the TPP? The Trans-Pacific Partnership Agreement, which began as a trade agreement between Chile, Brunei, New Zealand and Singapore in 2005, has grown rapidly, adding the U.S., Canada, Mexico, Australia, Malaysia, Vietnam and Peru to the negotiations. Let's go Peru! The TPP is negotiating among is members a vast free trade agreement under the Asia-Pacific Economic Cooperation (APEC), moving forward the Asia-Pacific agenda. The TPP will be overlaid over current FTAs in force, but there are different opinions on the table. The Lima round is the seventeenth round of negotiations. The author of this contribution, Rodrigo Contreras, was formerly Chile's chief negotiator for the TPP Agreement, and Director of Multilateral Economic Affairs and Bilateral Economic Affairs of the Chilean Foreign Ministry, between 2007 and 2012. He is currently an independent consultant on international trade issues.

The Trans-Pacific Partnership Agreement (TPP) is one of the most important agreements being negotiated today. Due to the deeper and more extensive treatment of the issues under negotiation and the number and importance of the countries involved, the TPP transcends geographical scope and will set the tone for future negotiations.

Trade policy in several countries in Latin America coincides with the objectives of the TPP in general terms, but that does not mean that we shoul sign this new agreement in just any form. The reality and the goals of the Latin American countries are different from the English-speaking and participating Asian countries.

Topics of specific interest to the region, such as protection of biological and cultural diversity, flexibility to design and implement development policies, access to medicines and educational materials without excessive restrictions, and intellectual property issues, should be negotiated carefully and firmly to protect national and regional interest.

The votes of each country are equal in the TPP negotiations. The Latin American countries make up a quarter of the countries and can influence the outcomes.

Our countries need the flexibility that has been recognized by multlateral trade negotiations in issues such as intellectual property, environmental protection, capital controls, and the proper balance between the rights of private investors and the state.

This requires a strong negotiating position to the claims and pressures of the richest countries in the TPP and its companies.

The countries of the region have a long way to go to advance access to knowledge, quality education, coverage of health systems, and the strengthening of their economies (especially in their financial systems and foreign exchange).

We must avoid limits on access to knowledge available on the Internet and not exacerbate the intellectual property protection for the downloading of online content.

Nor should we accept the expansion of terms of protection of copyright for books, movies or music, which limit their availability in libraries and schools, and increase their price for lower income people.

The extension of patent protection of drugs beyond the current terms, or the restriction challenges to frivolous patent applications, delay the availability of generic drugs and increase the cost of medicies. Public health budgets and access to health services for the most vunerable in our countries would be affected.

While we might be satisfied that our economies in th region have maintained stability, all countries, including high-income ones, are exposed to the effects of any economic crisis. The International Monetary Fund reiterated that one of the main challenges for Latin America is to restore margins to apply finanial safeguards. In these circumstances, it does not make sense to further liberalize capital flows, depriving countries of legitimate tools to safeguard financial stability.

The TPP offers us the opportunity to achieve a balanced agreement that reflects the interests and needs of the participating Latin American countries. Our countries have similar objectives, and in some areas we share interests with Asian countries, allowing more room for negotiation with the largest countries in the TPP. The TPP is a great idea being developed. We need to transform it into real opportunity for our economies. We need to reject the imposition of a model designed according to realities of high-income countries, which are very different from the other participating countries.

Otherwise, this agreement will become a threat for our countries: It will restrict our development options in health and education, in biological and cultural diversity, and the design of public policies and the transformation of our economies. Also, it will generate increasing pressures from active social movements, who will not allow governments to accept the result of the TPP negotiations to limit the possibilities to increase prosperity and welfare in our countries.