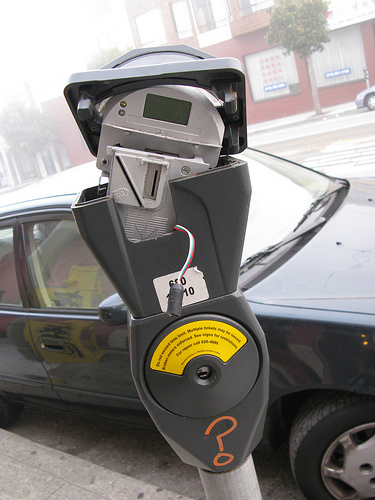 Affordability and transparency in the aftermath of the StopTheMeter.ca campaign

It’s been over a year and a half since we at OpenMedia.ca launched the StopTheMeter.ca campaign. After the CRTC decided to allow Big Telecom to impose usage-based billing—Internet metering—on their independent competitors in November 2010, thousands of Canadians came together to push for online choice and affordability, and managed to change politics and policy in Canada forever. After the November 2010 launch of the now-famous petition, it took four months to go from one thousand to four-hundred thousand participants. By the end of February 2011, the government had ordered the CRTC back to the drawing board on usage-based billing. A hearing took place over two weeks in July of that year, and by the following November, the half-a-million strong community of StoptheMeter.ca had come out largely victorious. Find an infographic with a more detailed StopTheMeter.ca timeline here.

Early on in the fight against Internet metering, it became clear that this issue was incredibly complicated to communicate. Over the course of a year, the discussion around Big Telecom price-gouging shifted to a more complicated one about volume- versus capacity-based billing, peak periods, and the price of a gigabyte.The debate was made especially difficult as Big Telecom flat-out refused, time and again, to be transparent about how their pricing is decided. To this day, we can still only estimate the cost of a gigabyte.

The CRTC decision made in November 2011 was so complex that it was difficult for OpenMedia.ca to determine whether the pro-Internet community had in fact won the fight. This final decision on usage-based billing changed the framework for how big telecom companies bill the independent ISPs that purchase wholesale Internet access from them. In short, the framework change was a huge improvement, and it laid the groundwork for indie ISPs to gain more autonomy going forward. Big Telecom is no longer allowed to use their independent competitors to impose metered billing directly onto all Canadians.

But (yes, there’s a “but”), Big Telecom’s lack of transparency means they’re continuing to price-gouge Canadians, with impunity. Since the decision, these large corporations have been trying to slide in a new backdoor price hike for Canadian Internet users. Many in the pro-Internet community added their names to No Back Door Price Hike—a petition calling for a stop to backdoor Internet price hikes and a transparent review of Big Telecom’s rates.

Where are we now?

The CRTC has responded to Canadians, once again. On March 22, 2012, the Commission announced that it will hold a consultation to determine if “confidential” information submitted by Big Telecom (to establish wholesale rates) should be put on the public record.

This represents a huge shift: the CRTC has been the site of some major changes as the pro-Internet community has gotten more and more active. From being a very industry-centric and closed-off regulator, it is slowly shifting toward a model that keeps the public interest in mind (though it's still not first and foremost yet) and seems to be working toward transparency.

Even further, as The Globe and Mail’s Rita Trichur reported, “the CRTC is signalling that it could become more rigorous about what it admits as secret information down the road.”

The consultations announced this spring will address the concerns of many indie ISPs who have argued that wholesale prices have been artificially hiked, and that that has led to increasingly limited competition and price increases for their customers.

Also, in announcing this new consultation, the CRTC was sure to mention the role that Big Telecom transparency would play in serving the public interest:

This is huge—the best guarantee of an open Internet is a policy-making process that is open, citizen-centered, and public interest-oriented. We at OpenMedia.ca, alongside our lawyerly friends at CIPPIC, will be making a submission to the transparency consultation on behalf of Canadians. Let's stay active as a community until we get the transparency, affordability, and choice we deserve.