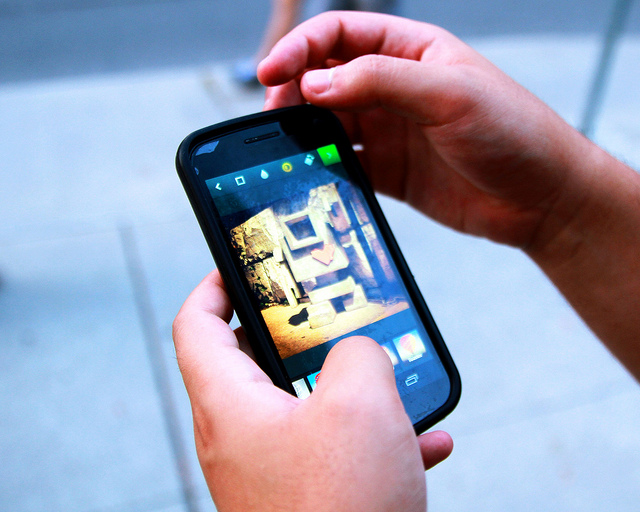 You may have already heard the news, but today, the Federal Court of Appeal rejected Big Telecom’s efforts to delay the implementation of the Wireless Code of Conduct, which mobile phone and Internet users across this country fought hard for and won nearly two years ago. In its ruling, the court stated that the CRTC “...has the right to make the Wireless Code applicable to contracts concluded before the Code came into effect.” At the heart of the court case was the issue of timing, and whether the Canadian Radio-Television and Telecommunication Commission (CRTC) had the power to grant the new customer protections brought on by the code before pre-existing three year contracts expired.

Put simply, the code kicked in before many three year contracts were up for renewal, and Big Telecom giants dragged us to court to fight to ensure that a huge number of Canadians remained locked-in to their 3 year agreements. This would’ve kept a significant number of people from reaping the benefits of the new cell phone protection until 2016 – instead of the original (and fast-approaching) implementation date of June 3, 2015.

As many of you will recall, the code contains significant customer protections for mobile phone and Internet users, including an end to 3-year contracts, caps on roaming charges for data at home and abroad, and greater freedom unlock your phone. And we have you, our amazing community, to thank for it. Be sure to check out the infographic at the bottom of this page that details how you made this happen.

Together, you helped make this code of conduct happen by sharing your Cell Phone Horror Stories with us. We then used this feedback to develop our crowdsourced action plan for the future of our wireless market: Time for an Upgrade: Demanding Choice in Canada’s Cell Phone Market. We also encouraged Canadians to tell the CRTC how our broken cell phone market could be improved, and your OpenMedia.ca team had our own Lindsey Pinto attend the CRTC hearings to speak up on your behalf.

Later on, when Bell and others quietly put forward a motion in the Federal Court of Appeal to drag everyday Canadians to court and delay, in part, implementation of the CRTC’s new rules to protect cellphone users, we went to court on behalf of cellphone users everywhere with our expert lawyers at CIPPIC who made sure your voices were well represented. In particular, we all owe a huge debt to one of the open Internet’s most unsung heroes, Tamir Israel.

Together we stood up, and together we won. First we won the rules, and then when Big Telecom pushed back, we went to court and won again. This is huge, and never would have happened without your support.

As far as today’s ruling goes, there’s at least three major takeaways (and likely many more, for those of you who take the deep dive into the ruling here). First, the court recognized that timing was of the essence – and that the CRTC was right to apply the code as soon as possible. They state:

The CRTC found that it was in the best interests of consumers that the Code be implemented as soon as possible and that it was essential that the transition period be as short as possible. These are both question which are intimately tied to the objectives of the Code itself. They are also questions which depend on the exercise of the CRTC’s intimate knowledge of the telecommunications industry and its regulatory environment. To that extent, they are determinations of fact made by the CRTC in the exercise of its mandate…

Second, given the poor state of our mobile market, it was recognized that getting more of us out of those three year contracts sooner than later, is going to help–not hurt–the situation:

...the remaining reason for the retrospective application of the Code is the CRTC’s finding that enabling consumers to make informed choices in the competitive market will contribute to making that market even more competitive.

And third, the code is designed to protect Canadians and arm them with the knowledge they need to make good choices when it comes to their telecommunications needs:

When one considers the Code as a whole, one can see that one of its effects will be to put more information in the hands of consumers. To the extent that the functioning of any market is dependent on the quality of the information available to market participants, the coming into force of the Code should make the market for wireless services more dynamic as consumers make better informed choices at more frequent intervals. It is not unreasonable to conclude that achieving this state of affairs is indeed in the best interests of consumers.

So, where are we left? When Bell and other telecom giants first challenged the code of conduct back in July, 2013, we were shocked that they were dragging everyday Canadians to court.

But they made a huge mistake. Rather than back down, we stood together and won. This is a great victory for Canadians, and sets a strong precedent for the CRTC’s ability to stand up for great choice and affordability in Canada’s telecom market.

Now, join us for the next chapter of our fight, and let’s keep the momentum going. Canadians are speaking up for lower prices and greater choice at https://UnblockCanada.ca