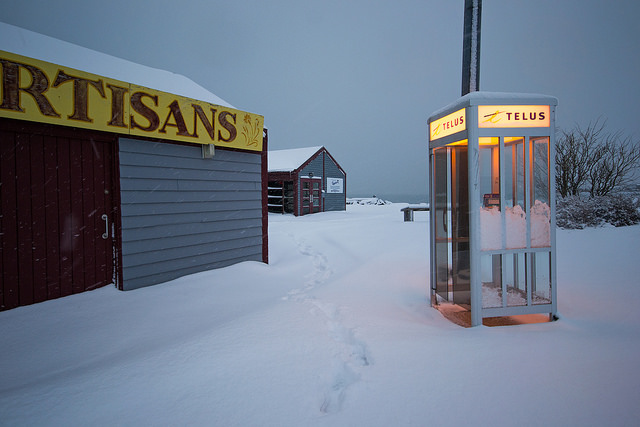 Hmm... Wireless customers fleeing the company.  Profits up. 1,500 jobs cut. And shareholders getting a 10% hike? Looks like this telecom giant isn't putting its eggs in the "good customer service" basket anytime soon...

Article by The Canadian Press for CBC News

Telus Corp.  says it's planning to reduce its workforce by 1,500 positions in an effort to cut annual costs by up to $125 million.

The Vancouver-based company, which operates one of Canada's biggest telecommunications networks, provided few details about the downsizing except that many of the cuts include voluntary departures and early retirements.

Telus also announced its dividend to shareholders will increase five per cent to 44 cents per share, payable Jan. 4, as well as a higher profit and revenue in its latest quarter ended Sept. 30.

Both net income and adjusted net income were up about 2.8 per cent, rising to $365 million and $398 million respectively.

The adjusted income amounted to 66 cents per share, which was up 3.1 per cent from last year and better than estimates.

Analysts had estimated 64 cents per share of adjusted net income and $3.16 billion of revenue