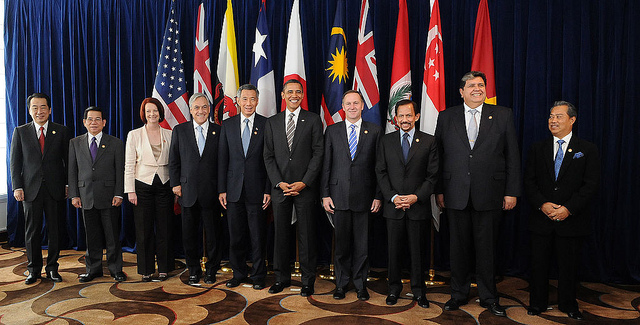 Press Progress: Will Canada actually have a “full and open” debate on the Trans-Pacific Partnership?

Now that the TPP deal is out, it's time for an open debate.

What the heck is going on with the Trans-Pacific Partnership?

If you thought Canada was set to have a "full and open" debate on the merits of the TPP, along with a "fulsome and responsible discussion" in the House of Commons, think about this:

In the middle of the election on October 5, Liberal leader Justin Trudeau said he was looking forward to "hearing from concerned Canadians" about the "impacts and the challenges" of this particular deal:

"It's important that we get it right, which is why I'm going to take a very careful look at the provisions and listen to Canadians from across the country and have them get an opportunity to express their concerns in committees and before parliament as we seek ratification of this deal ... But of course I look forward to hearing from concerned Canadians from labour, from manufacturers about the impacts and the challenges of this particular deal which is why I am committed to a full and open discussion in the House of Commons, a debate on this, and if I become Prime Minister and earn your trust on October 19th, we will ratify this properly in the House of Commons after a fulsome and responsible discussion."