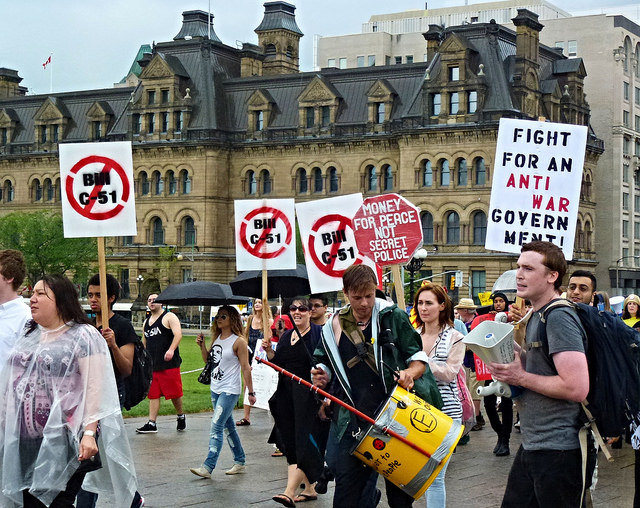 Civil liberty groups and experts are looking forward to an open consultation on C-51. Over to you, Minister Trudeau.

Article by Ian Macleod for the Ottawa Citizen

A coalition of about a dozen civil liberty and privacy protection organizations is calling on Prime Minister Justin Trudeau to launch broad public consultations on planned reforms to the controversial Anti-terrorism Act of 2015.

In a letter to Trudeau to be released Friday, organizers write “it is only through meaningful engagement with stakeholders that the government can hope to address security in a manner that appropriately respects civil liberties.

“In light of the sweeping and fundamental nature of the changes imposed by Bill C-51, such consultation must occur before the parliamentary reform stage begins.”

- Read more at the Ottawa Citizen