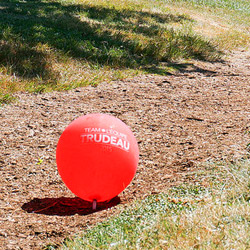 Liberals, you can do better.

When I was 16, I was goofing off in math class with a friend. I was probably wearing my At the Drive In t-shirt, my most prized possession and potent signifier of my burgeoning avant-garde taste in art. Wasting time in math class seemed a great way to show off my rejection of mainstream conventions and the constant pressure from the world to “improve myself”. At some point my friend took off somewhere, no doubt expressing his irrepressible independence, and my math teacher, Mr. Cort, took the vacant seat. Mr. Cort was younger than the other teachers and the only person familiar with the band emblazoned on my t-shirt, so I had a certain respect for him, if not his subject matter. He asked me what was up with my perfunctory performance in his class. “I’m a bit disappointed,” he said “I know you’re much smarter than this and you could do a lot better if you’d stop fooling around.”

I won’t pretend I transformed into an A student in math overnight, or at all, but I definitely spent less time gabbing with my rebellious neighbors after that. And now that I’m in the dotage of my early thirties, I can identify with that sense of being let down by someone from whom you expected better. And I’m feeling it right now.

Liberals, we need to talk. You see, you guys have justifiably made a lot of noise about the ways that the Conservatives’ reckless online spying Bill C-13 would violate the privacy of Canadians. Like us, you were worried that the Bill, which provides legal immunity for telecoms to hand over our private data without a warrant, represents a fundamental upheaval of our constitutionally guaranteed rights to privacy.

For example, here’s what your spokesman Sean Casey MP said during a key House of Commons committee debate:

“It’s a sad day for the respect of privacy. This is a bad day for Canadians. In the name of victims of cyberbullying, wide-sweeping powers for the invasion of people’s privacy has been granted.”

Like an overwhelming number of Canadians, you said - publicly - that you didn’t want to grant telecom providers immunity for handing over our sensitive private information to government without a warrant.

Along with prominent anti-cyberbullying advocates, you agreed that the government should have split Bill C-13 up, passed the elements dealing with cyberbullying, and allow Canadians to have a real debate over the Bill’s privacy implications. When our own Steve Anderson made a presentation before the Standing Committee on Justice and Human Rights you nodded along and were supportive of his comments.

But then at the last minute something changed. You voted for the Bill in Parliament, and I don’t mind telling you that was a huge disappointment. I also can’t help but detect a hint of shame in this blog post that you wrote explaining why you turned around and supported the Bill after speaking out so vociferously against it. Like many Canadians, I feel hugely let down. But there may be a ray of hope. Here’s why.

In that same blog post you made a commitment:

A Liberal government will reopen this legislation before the statutory deadline. We will safeguard the measures related to cyber-bullying. We will secure the privacy of Canadians and ensure proper oversight. We will respect the Charter and we will not use victims of any crime to score political points.

Don’t get me wrong, your heart’s in the right place, but pledging to "reopen" this invasive legislation within the 7 YEAR statutory deadline is not exactly the bold action Canadians are looking for. We need Justin Trudeau to make clear that any government he is part of will overturn the reckless and unconstitutional online spying components of C-13 within months of taking office. Canadians deserve hard commitments with hard deadlines.

On another pressing privacy concern -- we’re happy to see Liberal MP Joyce Murray introduce this private member’s bill to make out-of-control spy agency CSEC more transparent and accountable to citizens. These measures are a step in the right direction to rein in CSEC’s secretive, expensive, and reckless activities - we’re talking about secret spying on the private lives of anyone, at anytime and we can’t even tell when we’ve been victimized by it.

We’re pleased to see the Liberal party take on this noble task. But we’re going to hold them to their promises, and so are Canadians. Given the Liberals’ disappointing track record on C-13, we’ll be watching very closely to make sure that they stick to their promises on reckless CSEC spying.

Here at OpenMedia, we’re proudly post-partisan - our job is to hold all politicians’ accountable in order to keep the Internet open, affordable, and free of spying and censorship. We know that privacy is a freedom dear to conservatives, liberals, and everyone elsewhere on the political spectrum.

It’s a beautiful thing when we can all agree on one issue, and if you’re a politician it’s even more beautiful because it makes your job really freaking easy. Canadians are tired of having their privacy invaded by government, overwhelmingly oppose Bill C-13, and are ready to exact a political toll on any party who isn’t willing to step up and do the right thing. Don’t believe me? Take this redditor’s word for it:

The handling of this will be the main factor in my vote next year...

Liberals, do yourselves a favour and read the whole thread - GRiZZY19 is not the only one changing his vote based on privacy issues. Now I’m no political strategist, but clearly any party that ignores privacy rights is going to find themselves in trouble at the ballot box.

Liberals, we both know that you can do better. I’m expecting a lot from you, and so are Canadians. Pledge to overturn the spying provisions in Bill C-13 within months of taking office (should you be so lucky), don’t back down against CSEC’s reckless online spying, and safeguard our right to privacy. Make us proud. I’m glad we had this little chat.

Now, for everybody else who is reading, help us make our message to politicians about online spying loud and clear: go to https://openmedia.ca/stand and tell your MP to stand up for effective measures to safeguard our privacy today.