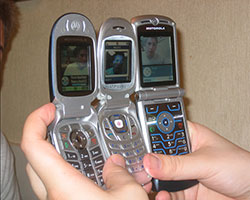 Good news - indie cell phone companies have launched a new CRTC challenge, aimed at opening our wireless networks and lowering prices for all Canadians. Speak out at https://UnblockCanada.ca Article by Christine Dobby for The Globe and Mail A group of independent Internet providers has launched a challenge of a landmark ruling on wholesale wireless services, arguing that Canada’s telecom regulator should have gone further to support more competition in the cellular industry.

The group argues that a model that mandates access at set rates for MVNOs would lead to more competition at the retail level, but the national carriers warn it would undermine Canada’s current approach to the wireless industry – which is to encourage operators to invest in their own infrastructure – and could lead to an erosion in service quality.

CNOC has filed an application asking the Canadian Radio-television and Telecommunications Commission (CRTC) to “review and vary” its May decision on wholesale services in the wireless industry.

Read more at The Globe and Mail