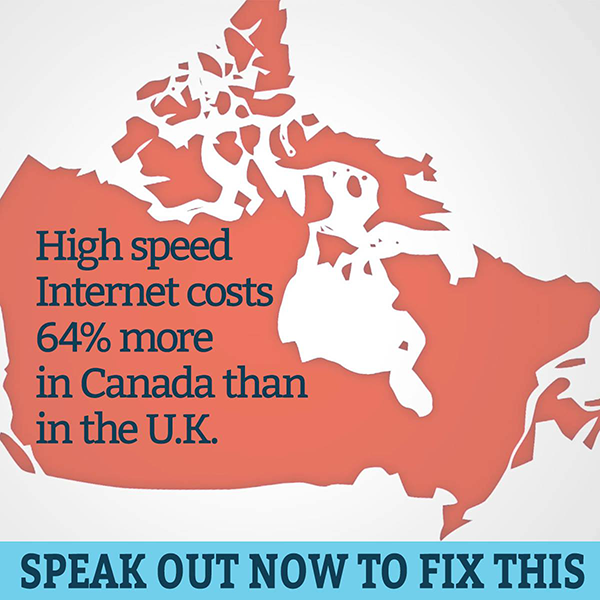 The Globe and Mail: In early test for Trudeau, Bell is trying to kill pro-customer Internet choice rules

In an early test for Justin Trudeau, telecom giant Bell is trying to overturn pro-customer Internet choice rules that we fought hard to win together. Indie ISP spokesman William Sandiford has the low-down. (Right now, we're cooking up a hard-hitting plan to push back - stay tuned!) Article by William Sandison for The Globe and Mail In July, after a long public proceeding in which thousands of pages of economic evidence were submitted and an oral hearing was held, the Canadian Radio-television and Telecommunications Commission (CRTC) issued a landmark ruling (CRTC 2015-326) that will enable Canadian consumers to have access to the fastest Internet speeds available at affordable prices.

In a nutshell, the CRTC required the largest telecommunications companies, such as Bell Canada, to provide independent competitors access to their “fibre to the home” networks at rates designed to compensate the large telecommunications providers for the cost and risk associated with building these advanced networks.
The CRTC decided that granting competitors access to these networks was necessary in order to protect consumers and enable competition to continue to develop in the market for Internet connectivity in Canada. Make no mistake, fully fibre networks are the future. Fibre will enable consumers to access the Internet at speeds previously considered unimaginable. Download speeds of 100 gigabits per second and more are entirely possible. Fibre will revolutionize our economy and our daily lives.
Read more at The Globe and Mail
SHARE ON TWITTER SHARE ON FACEBOOK