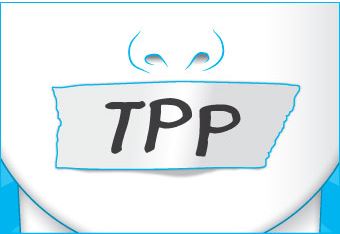 Canadian MPs push for transparency in the Trans-Pacific Partnership

Negotiations for the ultra-secretive Trans-Pacific Partnership (TPP) are set to resume in Singapore this week, and TPP negotiators are setting the groundwork to push forward the agreement as we write this. But they’re not the only ones working hard. Activists, scholars, experts, and the general public have been putting up a strong fight against this backroom deal that will criminalize our online activity, cost us money, and break our digital future - so strong that the TPP has not yet concluded despite a huge push by negotiators to ram through the deal by the end of last year.

Now, senior legislators from seven countries are calling for an end to the secrecy behind the TPP by demanding that the text for the agreement be released before the agreement is signed:

We, the undersigned legislators from countries involved in the negotiation of the Trans-Pacific Partnership Agreement, call on the Parties to the negotiation to publish the draft text of the Agreement before any final agreement is signed with sufficient time to enable effective legislative scrutiny and public debate

It is fantastic to see two politicians from Canada taking a stand. Thank you to the NDP’s Don Davies, Opposition Critic for International Trade, and Elizabeth May, Leader of Canada’s Green Party for taking a strong stand in support of Canadians’ rights.

We hope more Canadian decision-makers follow in their footsteps. Demand that the text of this agreement be made public before it is finalized, and make your voice heard at https://openmedia.org/letter

Senior legislators from Australia, Canada, Japan, Malaysia, Mexico, New Zealand and Peru today issued a joint letter seeking the release of the text of the Trans-Pacific Partnership Agreement (TPP) before it is signed, to enable detailed scrutiny and public debate. The signatories include political party leaders and legislators who currently or previously held senior political office in their national governments.

The joint letter of legislators states:

"We, the undersigned legislators from countries involved in the negotiation of the Trans-Pacific Partnership Agreement, call on the parties to the negotiation to publish the draft text of the agreement before any final agreement is signed with sufficient time to enable effective legislative scrutiny and public debate."

Oxfam and Article 19, the global organisations who jointly published the letter today, are amongst many NGOs who have raised concerns about transparency and accountability with negotiators.

Legislators from the United States of America, Mexico, Australia and Chile have also earlier made similar statements seeking release of the text before it is signed.