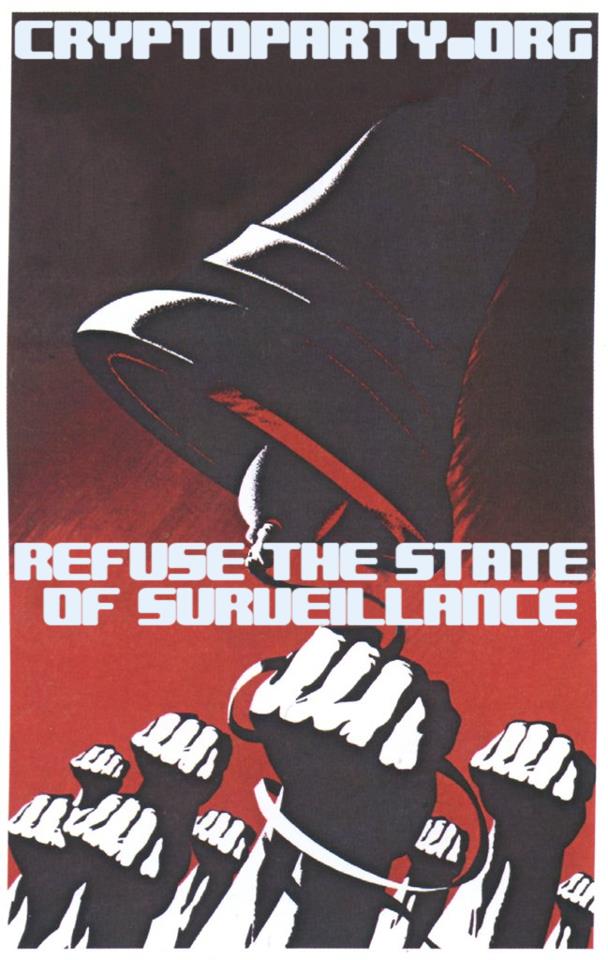 In the wake of governments introducing warrantless surveillance legislation, pro-privacy activists around the globe have begun to organize workshops to teach people how to use encryption to protect their privacy using. These workshops are called CryptoParties. As a response to the warrantless surveillance here in Canada, the Calgary OpenMedia.ca Street Team has begun organizing CryptoParties as a collaborative effort with a local makerspace named Protospace. By regularly hosting these CryptoParties, we will raise awareness of Internet surveillance and give people the tools and knowledge they need to protect their privacy. These tools include software (such as Tor and Off-the-Record Messaging) that has been used in countries without Internet freedom, such as China and Iran.

This is a call to action: Oppose warrantless Internet surveillance! Stand with OpenMedia.ca Street Team - Calgary and organize a CryptoParty in your local area.

For more information on the Street Team Program & how you can get involved contact Glyn Lewis (Digital Action Coordinator): [email protected]